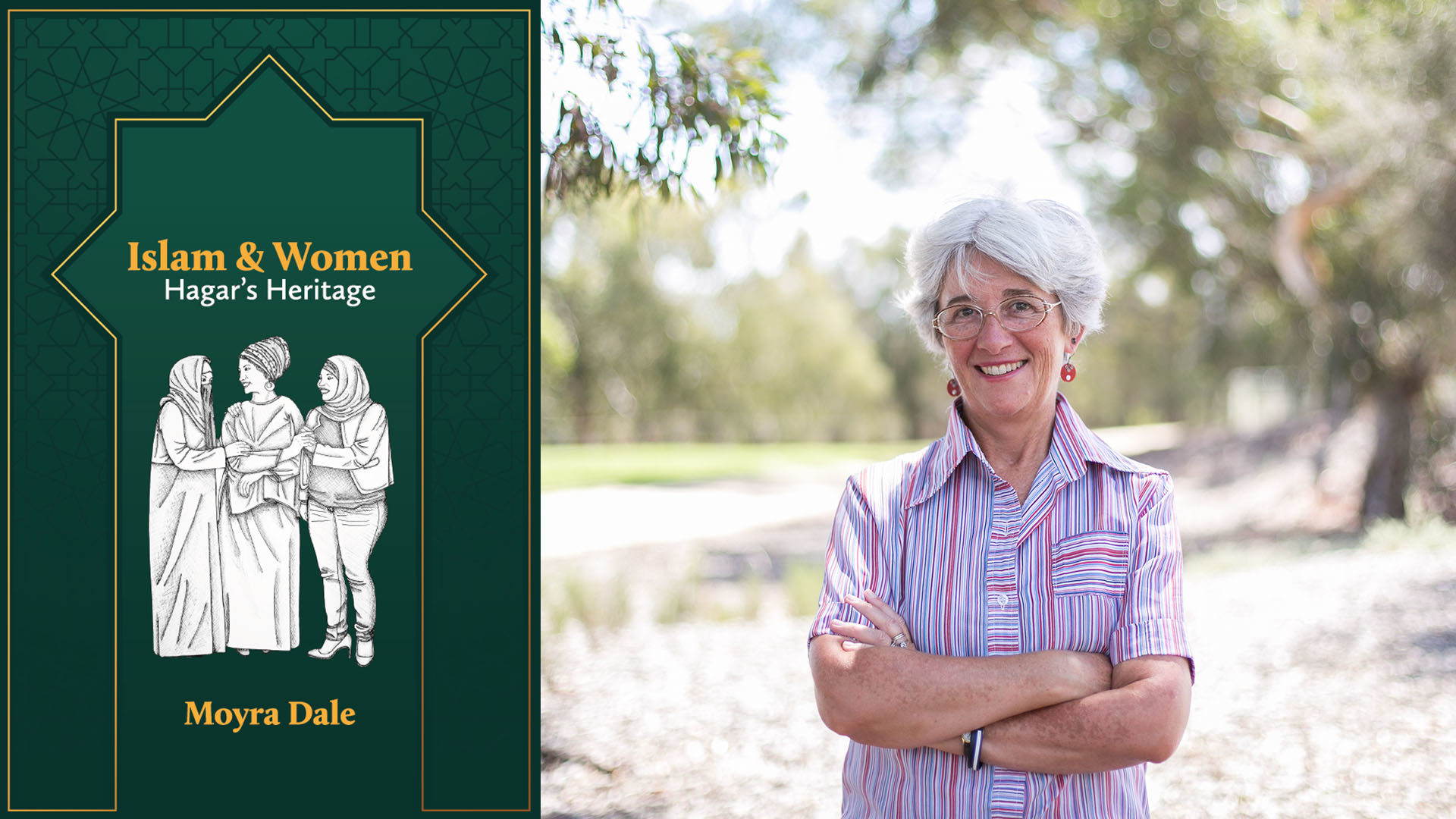 Moyra Dale is a Research fellow at the Arthur Jeffrey Centre for the Study of Islam, and the author of the soon-to-be-published book, Women & Islam: Hagar’s Heritage. We asked her some questions about her writing journey and her hopes for the book.

Q: How long have you been working on this book?

Moyra: I could say, the last few years. On the other hand, it’s more than a decade and a half since I began realising that most of what was written and taught about ‘Muslims’ was written about Muslim men, which is ironic when you consider that half the Muslim world are women. As Dr Stephen Bauer writes, “The Muslim world is largely a gendered society. Our contextual mission thinking and approaches are typically geared towards just one half of that society. Most Christians serving in the Muslim world are women.” So, I began teaching about Muslim women and women’s worlds more specifically.

It’s maybe a decade since I taught a course on Feminism in Islam at MST, and soon after that a course on Muslim Women at the Zwemer Centre at Columbia International University in the US. A lot of the material in the book comes from those courses. When Zwemer asked me for the textbook for the course, I realised I still had to write it! Much of the material has also been discussed in courses, blogs and webzine articles through the When Women Speak… network (MST hosted a big dinner for the WWS… network’s inaugural international colloquium in 2016 https://whenwomenspeak.net/). So it’s been brewing for a long time.

Q: What’s your favourite story, anecdote or insight you’ve included in the book?

Moyra: That’s hard to say. Nearly all the anecdotes represent several similar encounters, reflecting the joy of sharing life with Muslim women, whether in laughter, tears or just everyday life and hospitality.

Maybe the stories that reflect the generous hospitality I’ve experienced over so many years from Arab women and men: or perhaps the one about attending a wedding feast and the dancing, echoing experiences in the ME and Central Asia. It shows something of the creativity, beauty and fun of being women together.

In a different medium, I’ve enjoyed doing the short video introductions to the book chapters (https://hagarsheritage.com/whats-inside/). As well as an overview of the book’s contents, each of them offer an introduction or conversation starter to the topics, useful for classes or discussion groups.

Q: What are people most surprised about when they hear you talk?

Moyra: People are surprised by the vibrancy of life of Muslim women: and by the fact that there’s such a difference between a world built around men and their experiences, and one that includes women’s perspectives.

Q: If you had just one message from this book, what would it be?

Moyra: The missiological urgency of hearing Muslim women’s voices. Men who are not given the opportunity to interact with Muslim women may assume that all Muslims, regardless of gender, react the same way; or simply discount the perspectives and questions that occupy Muslim women.

Building on that, the need to include the voices and insights of women in any discussion to get a real view in understanding the world. Regardless of your religious or theological perspective, any discussion that includes and acknowledges women’s voices is richer and deeper.

Q: There’s some lovely art in the book. Why is it included?

Moyra: I wanted images to symbolise the themes of each chapter that would show something of the rich diversity of life for Muslim women, and ways to encounter them. I wanted art that would reflect an insider view, and Jacqueline Gad, an Egyptian Christian artist, was able to offer that from her own life and experiences, as she describes in her interview at https://hagarsheritage.com/meet-the-artist/.

Q: You’ve been unwell. How has this affected your work?

Moyra: The impact of having terminal lung cancer, and more recently its treatment, has slowed me down and caused me to resign from a lot of commitments, and then from work altogether. On the other hand, having to drop a lot of other involvements progressively has given me more time and freedom to focus on this book.

Q: What are your hopes for this book and its impact?

Moyra: I hope that through this book Christian women will be equipped and given insights to connect with Muslim women and their lives. Many of the themes are not unique to Muslim women but are also relevant to women in the Hindu and Buddhist worlds. I hope that through this book workers in those communities may also start asking questions about how to connect to women, who are so often the maintainers and purveyors of faith to the next generation.

I hope that Christian men will also learn to ask questions relevant to the lives and concerns of Muslim women. To quote Dr. Stephen Bauer again, “Most Christians serving in the Muslim world are women. Most of their leaders and trainers are men. If you, like me, are one of those men, and you are serious about the Great Commission, then you need to read this book. It is for all of us serving in the Muslim world, and in some ways, especially for us men.”