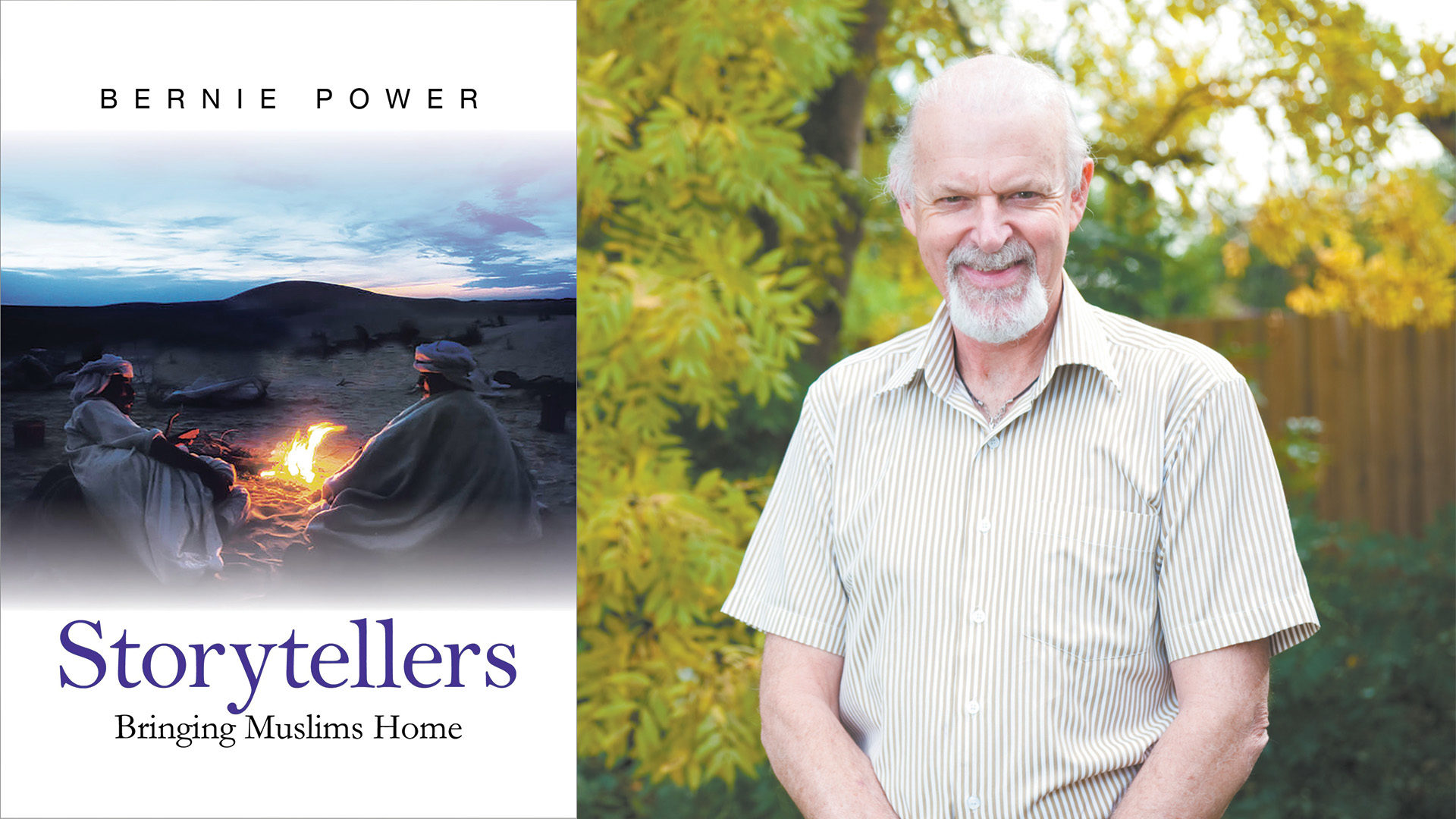 When Bernie Power and his family lived in Yemen, he developed stories which he could tell to communicate the Christian faith to his Muslim friends and neighbours.

When his teenage son asked him how he should explain the Trinity to his friends on the street, Bernie thought and prayed about it for a few days. The concept of God being three-in-one is difficult for anyone to understand, and Muslims find it troublesome.

“The Trinity question is brought up a lot,” Bernie explained. “Christians often run away from it, or say, ‘Well, it’s a mystery and can’t be explained,’ but Muslim people will argue back that Christianity can’t be a very practical religion if you can’t explain it.”

“In my experience, Muslims tend to be a lot less philosophical and abstract and much more practical and concrete, so the storytelling approach is very effective.”

“In my experience, Muslims tend to be a lot less philosophical and abstract and much more practical and concrete, so the storytelling approach is very effective.”

Bernie has collected many of his stories in a new book, ‘Storytellers: Bringing Muslims Home’, to be published in October by Acorn Press. “I tell the story of a young couple who go and work in Yemen,” Bernie explained. “It’s semi-autobiographical, but it’s more a platform for showing the stories themselves.” The story Bernie developed to help his son explain the Trinity is based on an Arabic folktale.

One night, a man, Ahmed, was walking in the desert and fell down a deep hole. The more he tried to get out of it, the worse the situation got. The sand was so soft that it kept collapsing down on him, and soon he was buried up to his waist.

‘I’ll never escape from this,’ Ahmed thought, so he called out into the night: “Someone up there, please help me.”

Soon, a face appeared at the top of the hole. Ahmed looked up, hopeful. The one at the top said, “I’d love to come down and help you get out of the hole, but I can’t. What I can do is I can give you this book. You can read it and try and work out how to save yourself.”

The one dropped a book down to Ahmed, and then disappeared.

At the same time, in the same night, in another part of the desert, another man was walking. His name was Mabrouk (which means blessed). Just like Ahmed, Mabrouk also fell down a hole. The same thing happened. He struggled and struggled and succeeded only in getting himself stuck.

“Someone, please! Help me!” he called out into the night. Soon three faces appeared at the top of the hole Mabrouk was stuck in. “We will do everything we can do help you,” they said.

The three explained that each of them was different. One was very strong: he could lift and hold anything. The second one was brave: he would go anywhere and do anything. The third one was very gentle, always supporting other people.

The brave one took a rope and tied it around his waist. The strong one held it carefully and lowered him into the hole. Carefully, the brave one removed the sand from around Mabrouk and set him free. He tied the rope around Mabrouk’s waist and the strong and the gentle one began to him out of the hole.

“Even though our companion is dead, we will not abandon him to the grave,” said the strong one and the gentle one. Together, they dug, and dug, and dug—for three whole days! When they finally cleared the sand off, and reached their friend, the gentle one said, “I can breathe into him, and by the power of God, he will come back to life.”

Praise be to God—the one who was dead did come back to life, and there was great rejoicing, not only because the dead one has come back to life but also because Mabrouk, who was lost, was saved. Who would you rather be: Ahmed, or Mabrouk?

Bernie makes the point that the Trinity isn’t fully revealed in the Old Testament but is talked about in the New Testament in the context of salvation. “We see that this is actually how God saves us. God comes and gets involved in our lives,” he said. “It’s different to the Muslim view of God who drops down a revelation and tells people to save themselves. Our God is a wonderful and amazing God. We see the depth and complexity of his nature in the teaching about the Trinity, but we also see the practical outcomes which can come as a result.”

You can hear Bernie tell the story of Mabrouk and Ahmed here. He also explains other helpful tools which will help you talk about the Trinity. 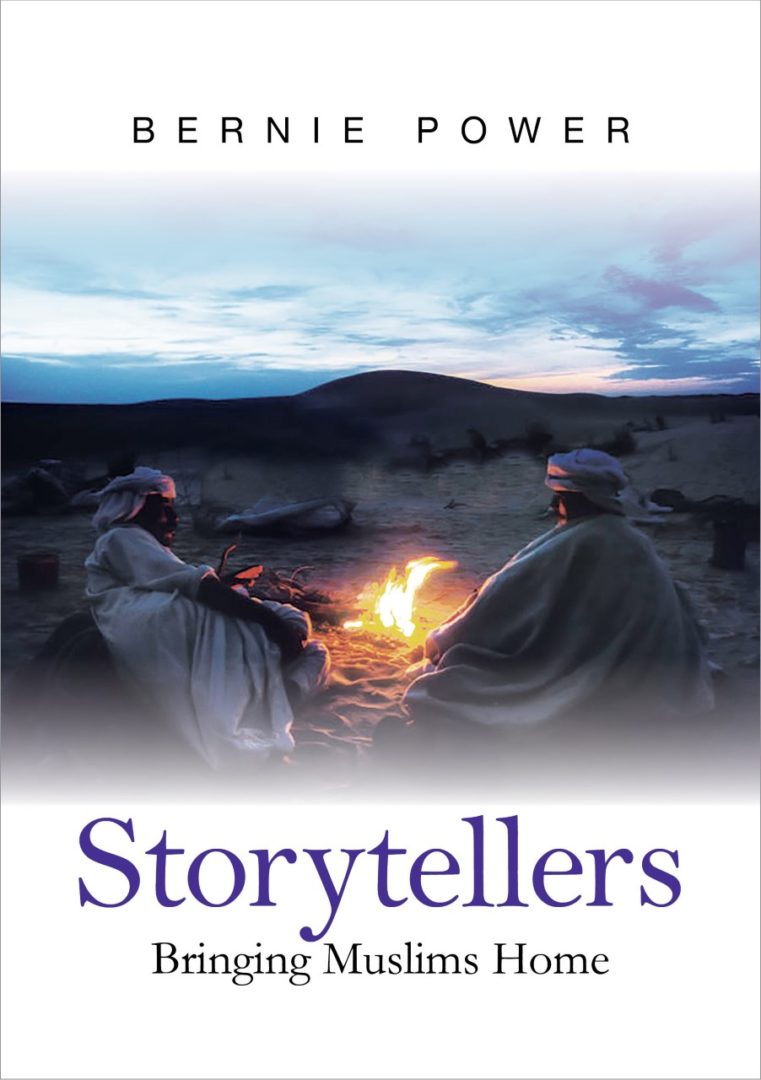 Everyone loves a story, and the good news of Jesus is the best story of all. But our message is not getting through to Muslims. It’s time for a change. Most attempts to explain the gospel to Muslims hit insurmountable roadblocks early on. It’s not just the content but also the medium. Muslims may respond to a well-constructed case with their own lines of reasoning, resulting in an inconclusive or even vitriolic argument. Or they may refuse to engage, not wanting their worldview to be challenged.

But stories have a different impact. This is the story of a young couple who went to live among Muslims for the sake of the gospel. They discovered the power of Arab folktales to answer the questions that Muslims were asking.

This story is based on the real-life experiences of Bernie and Catherine Power and their 20+ years of ministry among Muslims in Asia and the Middle East. It provides practical responses to the common objections that Muslims raise when the Christian faith is being discussed.

In this book you meet Muslim people who are trying to make sense of their world, and you observe how traditional Arab stories may give them the answers they are seeking.