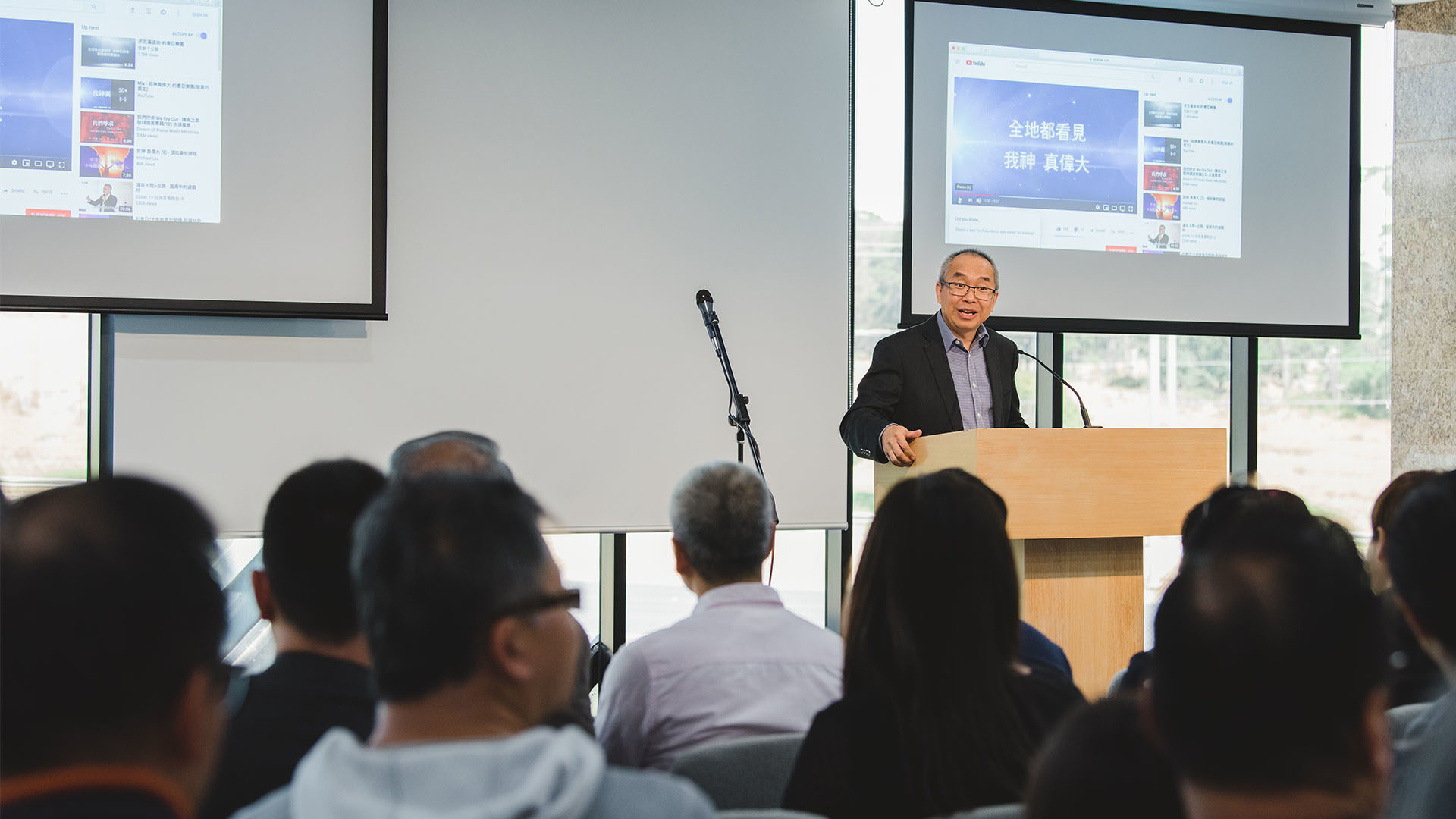 The Chinese Department at MST (MSTC) which began in 1996 is the only place in Melbourne that offers fully accredited degrees in Bible or Theology in Chinese.

Dr Theresa Lau, Dean of Faculty & Development at MSTC is excited about what MSTC can offer. “What we aim to do is to strengthen and teach Chinese Christian leaders and pastors so that they can bring the transforming power of the Gospel message back to the Chinese churches,” she said.

Currently MSTC is host to 83 students, all of whom learn in Mandarin. Many are from China, with others from Hong Kong, Malaysia, Singapore, Taiwan, Vietnam and other places. The students tend to be enrolled in Bachelor and Master of Divinity courses, although the graduate diploma is also a popular course.

MSTC’s graduates have served as pastors and leaders in Australia, as well as becoming missionaries to other parts of the world.

Dr Lau herself is no stranger to Christian service and mission.

Born into a strong Christian family in Malaysia, her father was such a godly and humble role model to others that her friends used to tease her by calling him ‘Jesus’.

“One of the biggest challenges churches face is sorting out what is ‘gospel’ and what is ‘culture’.”

“I attended a revival meeting when I was 14 and gave my life to Jesus, as well as making a promise to serve in ministry,” she said. “It was a promise I tried to ignore for a while, but I was challenged to come back to it by the boy who later became my husband.”

Dr Lau’s father sent her to Australia as an overseas university student where she studied Psychology and Jewish Studies at Melbourne Uni.

“I always knew I would go to Bible College, so my first degree was in preparation,” she said. She continued through her Biblical studies at SMBC and later began teaching at The Bible College of Victoria, as MST was previously known. She completed her PhD at the University of Melbourne, focusing on the provenance of the Gospel of Matthew, the book of Acts and the Didache.

In 2009, Dr Lau and her husband Tim and two children went to Spain to serve at a Bible college.

“It was very similar to MST, with Chinese and Spanish colleges working closely together under one roof,” she said. “We had a calling, and mission had always been in our hearts.”

Their time in Europe lasted five and half years after which Dr Lau returned to MST in 2016.

At MSTC, she feels privileged to play a part in strengthening the teaching of the gospel in Chinese churches and seeing what transformation it brings.

“One of the biggest challenges churches face is sorting out what is ‘gospel’ and what is ‘culture’,” she explained. “This might look different, depending on if it is a Chinese church, Anglo church or multi-cultural church, but we all need to think about it. We are all the same!”

As a migrant herself, Dr Lau understands the loneliness and uprootedness that migrants can feel. “It can be easy for a church where everyone is a migrant to be simply a social club, a cultural association, or a little home from home,” she said.

“Also, holding on to our home culture can often become very important. For example, Malaysian Christians might want their children and youth to follow the same patterns of things they did when they were young Christians in Malaysia. Those things might be wonderful, but we need to be careful not to use church to spread cultural values, rather than the gospel.”

Dr Lau pointed out that every culture has its share of both divine imprint and human depravity. “It is beautiful when culture is used strategically to make gospel connections and build the Kingdom of God, but it is detrimental when culture is elevated above the Bible and worshipped. It becomes a hidden idol that hinders
the work of the Holy Spirit and hardens hearts. It is an exciting work to help my student navigate their ways in Christ, by sorting out what is the core of the Gospel and what is cultural expression.”

“Even as a lecturer at MSTC, Dr Lau says that the gospel transforms her everyday practice.”

Even as a lecturer at MSTC, Dr Lau says that the gospel transforms her everyday practice. “We have three full time and two part time faculty teaching our 83 students so it’s quite a workload. It’s important for us to respect the principles of the Sabbath and get enough rest. The Chinese culture values hard work, which is a good thing. But it’s interesting to see that Jesus took rest and got away from the crowds when he needed to. It allows us to do the same.”

Dr Lau is passionate about the gospel because, as she says, it’s not glued to one culture, or one language, or one way of doing things. She finds it exciting to teach future pastors about the central core of the gospel message that cannot be changed, and to show them that it can be lived out in different ways.

“We all have internal and external pressures to twist the gospel or use it to fit our needs. These pressures are felt acutely amongst migrants for various reasons, including an inevitable and everlasting identity crisis. But we need to respect the gospel, let the gospel change us and nurture our kingdom identity in Christ.”

“When we read the gospels and really dig into what Jesus taught, and how he lived, it has the power to transform not only our individual lives, but also our communities and cultures.”