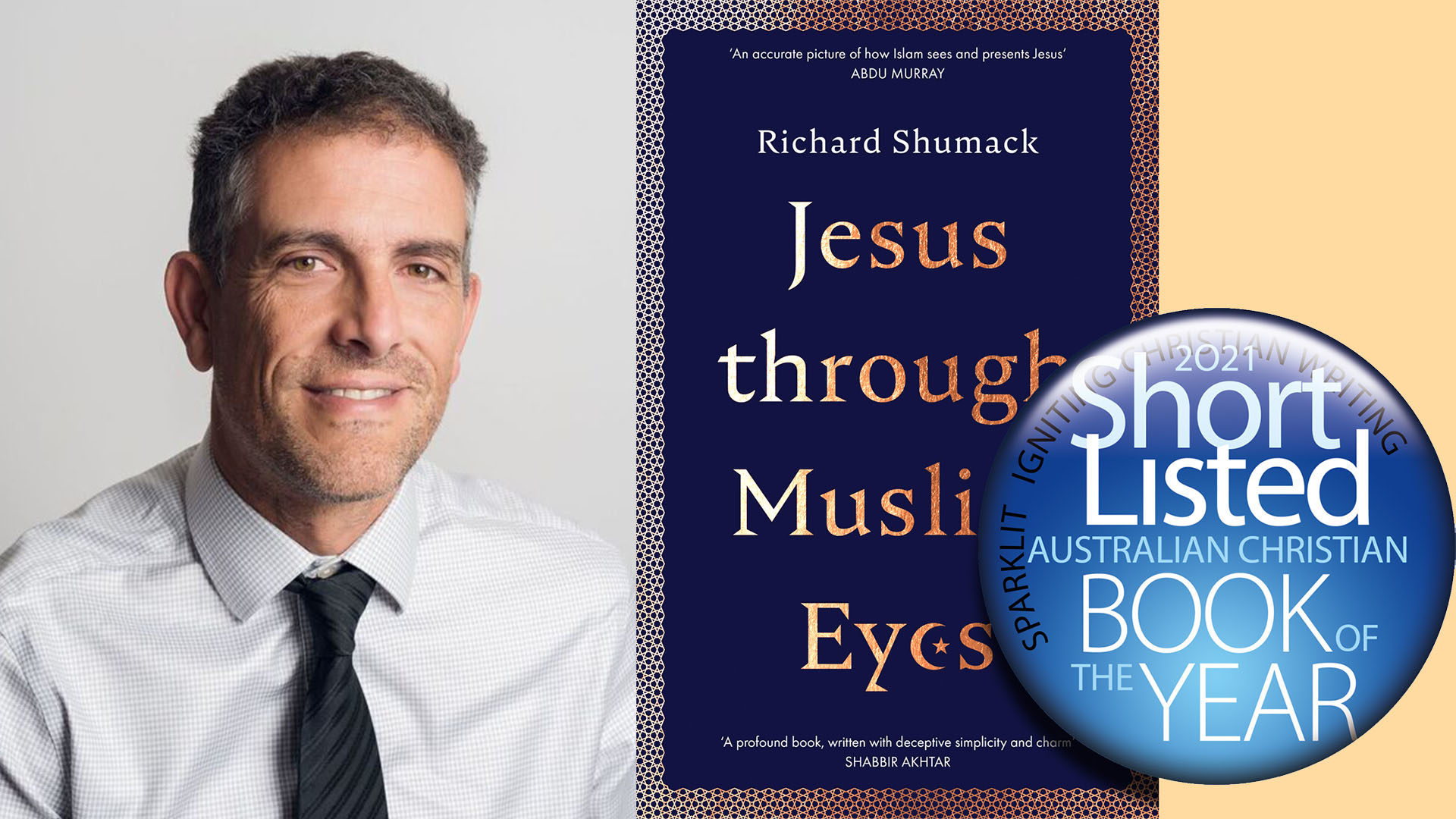 Jesus Through Muslim Eyes, a new book by Dr Richard Shumack was shortlisted in the 2021 Australian Christian Book of the Year Award.

Shumack, whose specialty is Islamic philosophy, apologetics, and philosophy, is the Director of the Arthur Jeffrey Centre for the Study of Islam.

“I was commissioned by the publisher, SPCK in London, to write this book,” he said, “but as I started writing, I got more and more excited about the topic.”

Shumack’s book is written in response to The Islamic Jesus, by Muslim thinker Mustafa Akyol, who argues that Muslims can still follow Jesus, even though they do not worship him.

He began by reading everything he could find on what Muslims believe about Jesus. “I went back to how Jesus was understood in Arabia in in the 500-600s, then what the Qur’an said, plus the early Muslim historians and traditions of devotion to Jesus.”

“Unfortunately, my book came out when the UK was in lockdown mode which affected promotions,” he explained. “My hope is to get it into other languages so that people can read it anywhere in the world.”

His hopes may come to pass more quickly than Richard realises. Out of the blue, a Muslim academic wrote to him recently, asking to translate it into Persian.

Jesus Through Muslim Eyes is the second of Shumack’s books to be shortlisted in the ACBOY awards.

“With my first book, The Wisdom of Islam, and the Foolishness of Christianity, I had a title in my head,” he said. “I remember hearing that when CS Lewis wrote Narnia, he had an image in his head of a faun standing next to a lamppost. For me it was a bit like that. The title became the framework for all sorts of questions and the book grew out of conversations I’d had with Muslims over the years.”

This most recent book was a different process. “I began by asking myself, ‘if I was going to talk to a Muslim about Jesus, where would I start?’ The simplest place to start is with what they already know about Jesus and go from there.”

“I began by asking myself, ‘if I was going to talk to a Muslim about Jesus, where would I start?’”

Having lived and worked amongst Somalis for many years, and through his study of Islam, Shumack already had a good general sense of what Muslims believe about Jesus, but in investigating one genre of Islamic writing, it surprised him to see just how much there is there about Jesus in handed-down sayings of the prophets. “There are sayings and hundreds of little stories about Jesus that exist in Islamic thought,” he explained.

How does he pick what to write next? “At some point a project will come along or I’ll see a gap that needs to be filled,” he said. “I might want to write a bit on mystical Islam at some point, but it’s a big job and I’d need a sabbatical!”

Even though his books have been shortlisted for the biggest Christian prize in Australian literature, Richard Shumack doesn’t think of himself as a writer. “I’m just trying to create tools for Christians—useful things that will help discussion,” he said. “If people ask me, ‘Are you a surfer?’ I say, ‘No, I surf.’ It’s the same with writing.”

“I love lecturing, having discussions with people, doing face to face ministry, and apologetics. But with writing, I work hard for it. It’s a labour of labour. It’s like a little joke God plays on me. ‘See? You can do this’.”